Skip to content
A one-woman lip-sync marathon; a metafictional musical about race, sexuality, and identity; Rachel Dratch crawling around on hallucinogens—these are just some of the revelatory Tony-nominated productions and performances on offer this Broadway season, the first since theaters closed in March of 2020. Though utterly debilitating for the industry, the year-and-a-half-long COVID break—which ended when the play Pass Over began previews on August 4 (Springsteen on Broadway reopened in June but was billed as a concert)—forced a reset that shook up Broadway houses and made room for some of the most wildly compelling and surprising commercial theater in recent memory. And not only did audiences show up but these endeavors were also rewarded by the Tony Awards, which will air on Sunday, June 12 with recent Academy Award winner Ariana DeBose as host.
Take, for instance, Dana H. Starring Dierdre O’Connell and directed by Les Waters, the play, which ran for eight weeks at the Lyceum Theatre last fall, is the harrowing true story of Dana Higginbotham’s abduction and five-month-long torture at the hands of a white-supremacist criminal she becomes involved with while working as a chaplain at a Florida hospital. Higginbotham is the mother of playwright Lucas Hnath, who recorded her brutal recounting of the ordeal and set it to stage—and for an uninterrupted 75 minutes, O’Connell mouthed Higginbotham’s words with uncanny synchronicity, less a lip sync than a total possession of the character and an incantation of the vagaries and fog of trauma itself. It is a singular performance without precedent; when in Tony history has there been a nominee who did not utter a word of their own but was directed, mouth and body, by an offstage recording? Dana H. ran alongside Is This a Room, the equally unsettling and true story of Reality Winner’s FBI interrogation; that script is a transcription of the original interview, but, unlike Dana H., the actors are speaking the words themselves. That these two shows played to packed houses—and both got two week-extensions—speaks to the appetite for unconventional work in Broadway houses post-COVID. In April, Dana H. was nominated for best lead actress in a play (O’Connell), best direction of a play (Waters), and, unsurprisingly, best sound design of a play (Mikhail Fiksel). 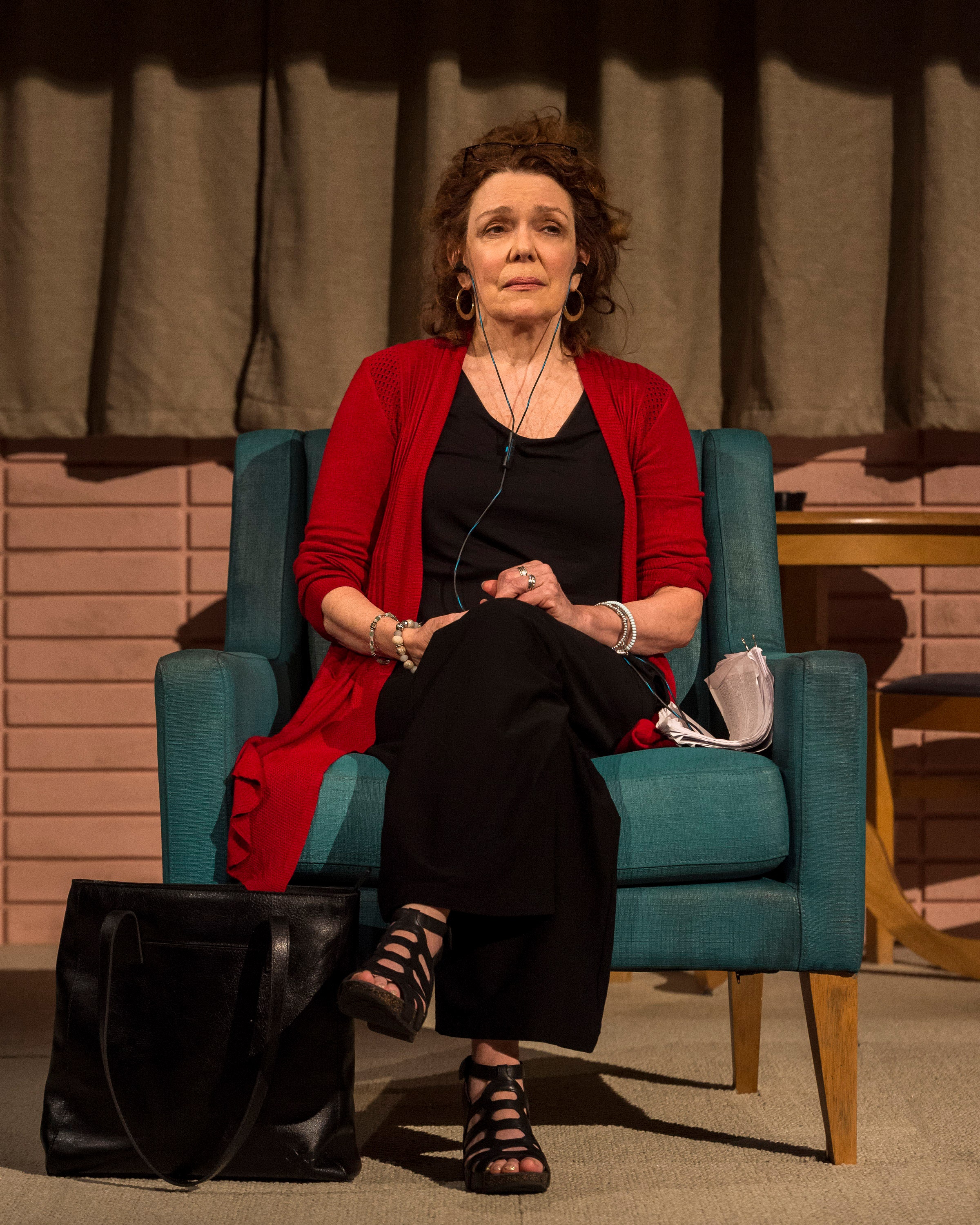 Now six months later, the Lyceum is home to Michael R. Jackson’s masterpiece, A Strange Loop, starring Jaquel Spivey as Usher. The fevered reception of this mind-bending show affirms that the revival-fatigued musical-theater landscape is hungry for innovation, sex, and unabashed queerness in its stories. Up for 11 Tony Awards, including best lead actor (Spivey) and best new musical, it is the most nominated show of the season—and more than any other category, winning best new musical promises a lift in ticket sales and the possibility of touring, further solidifying the show into the canon. A Strange Loop follows Usher as he struggles to write a musical while working as an actual usher for The Lion King on Broadway. Cleverly self-referential and unflinching in its send-up of gay online culture (especially for someone who is Black, fat, and femme), it defies any one-sentence summary and yet is the runaway critical and audience hit of the season. (A fan has even started a Twitter account to track if Tyler Perry, who is an offstage character in the show, has attended a performance yet.) Compared with last year’s class of nominees—Moulin Rouge, Jagged Little Pill, Tina—which were all jukebox musicals, or two seasons ago, when all but one nominee was adapted material, A Strange Loop is a thrilling break from a proven formula. Even if it does not sweep the Tonys, just a few wins—or even one—would send a message that deeply imaginative and searching work can be a hit.
Rachel Dratch, who was nominated for her role as White House secretary Stephanie in the ensemble farce POTUS: Or, Behind Every Great Dumbass Are Seven Women Trying to Keep Him Alive, is used to making audiences uncomfortable, though with more of a wink. In her Broadway debut, she plays to her deadpan delivery and lethal timing, spending the second half of the play—which is like if Noises Off met Veep—accidentally tripping on hallucinogens. In a cast full of powerhouses—Vanessa Williams, Lea DeLaria, Julie White—Dratch marshals the full breadth of her comic arsenal, honed for decades on television and film, to stand out and deliver a genuinely odd but laugh-out-loud funny performance. To be duly recognized by Tony voters is another signal of the taste for the off-kilter this season.
WATCH
On the Latest Episode of Good Morning Vogue, A New Allure: How Virginie Viard Is Making Chanel Her Own
Whether Broadway’s new outer limits will actually be rewarded at Radio City this June remains to be seen, but there’s a sense that certain strictures have been loosened, letting genre-defying work and performances break through after a near-ruinous pause. Indeed, the ruin made way for a kind of renewal, one that rejects, if only for a fleeting season, the feedback loop of sameness and reaches for something delightfully strange