Skip to content
After feeling like the world shrank to the size of a laptop screen for the past two-plus years, there exists a very real desire to be around tangible objects—especially when they happen to be really big jewels. So when “Cartier and Islamic Art: In Search of Modernity” made its North American debut—and sole North American stop—at the Dallas Museum of Art last weekend after garnering rave reviews at Paris’s Musée Arts Decoratifs in November, the timing was perfect. 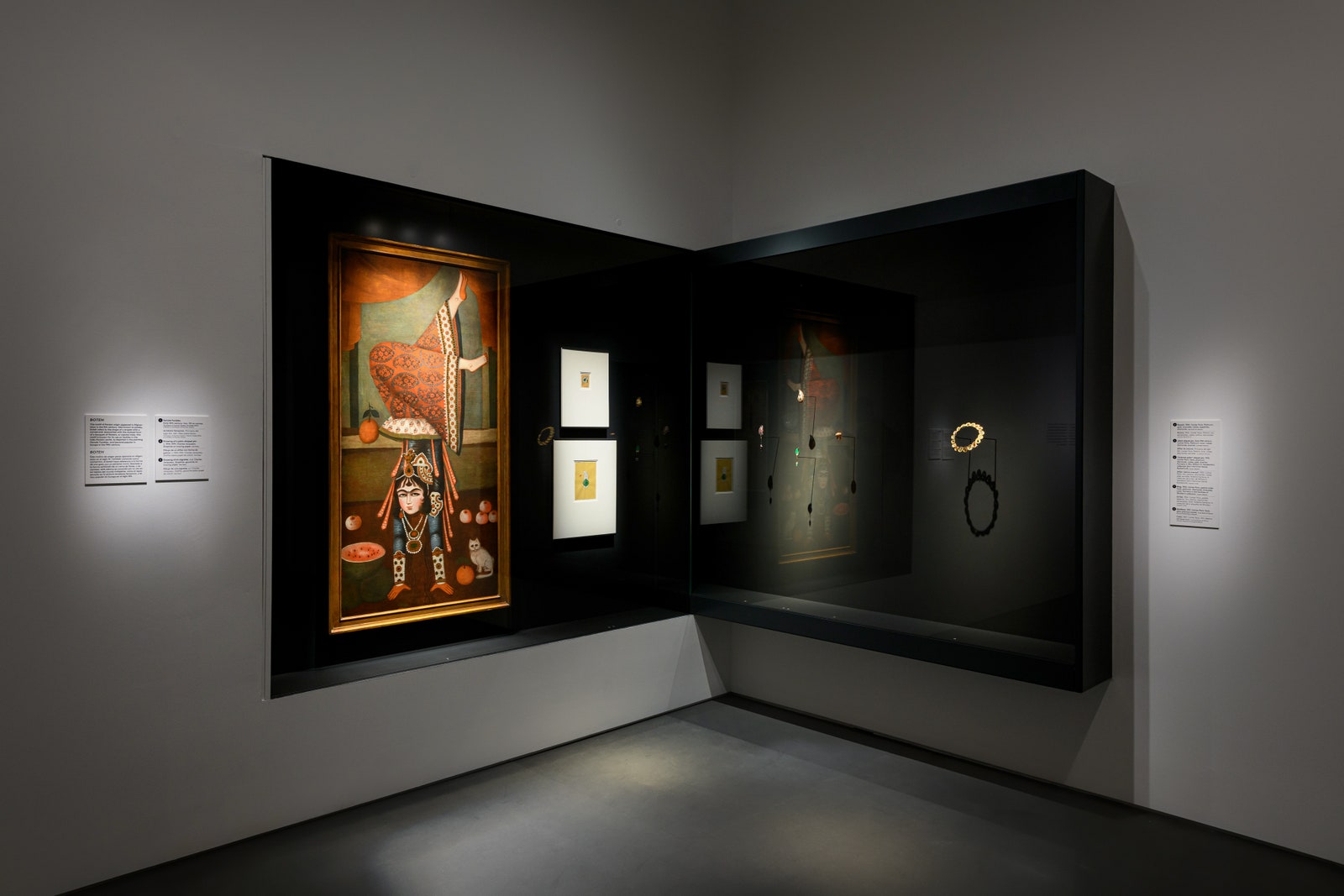 What’s on view there now: more than 400 objects, including iconic Cartier pieces (some never before exhibited publicly) and works of Islamic art from local and international collections. The idea, DMA co-curator Sarah Schleuning said, was to interrogate how ideas move across cultures through trade, travel, trends, and “what it means to be inspired.” It works, elegantly juxtaposing Cartier designs with the influences of Louis J. Cartier—a renowned collector of Persian and Indian paintings, manuscripts, and other objects—and his younger brother Jacques, a frequent traveler to India and Bahrain.
Cartier, which was founded in 1847, was the first jewelry house to create an archive department in 1973, and began collecting their own antique designs ten years later. In 2003, the heritage department was built, in part to open Cartier’s doors to visiting curators as the house has maintained a strict edict that they never curate their own museum shows. “Only an external eye can be at the origin of the show at a public exhibition,” Cartier’s image and heritage director Pierre Rainero said during a press preview. The Dallas Museum of Art, with its dedication to cross-cultural programming and scholarship led by Dr. Agustín Arteaga, the Eugene McDermott director, had just the eyes—and, thanks to a 15-year loan of the Keir Collection, one of the foremost collections of Islamic art in the country—that the French house needed. Arteaga’s six-year tenure at the DMA has been marked by its string of hits “that fused popular appeal with diverse perspectives: Christian Dior’s fashion, Van Gogh’s olive groves, gold regalia from Ghana, and Mexican Modernist art featuring Frida Kahlo and Diego Rivera,” reports Texas Monthly. “Dallas is such a diverse community,” Arteaga said during the preview, noting the growing Muslim population in the city. “We want to create exhibitions that reflect those constituencies.”The exhibition was always planned as a three-way collaboration with the Musée des Arts Décoratifs in Paris. “The funny part was the exhibition was supposed to be here first, on this same date a year ago, but then COVID [hit], obviously, so Paris got it first,” Cartier’s North American CEO Mercedes Abramo said. If Paris and Dallas seem unlikely bedfellows, well, you haven’t been paying attention to who’s been buying jewelry lately. Dallas has been an important market for the house since the first store arrived in 2007. “It became a growing growing market, so from a business standpoint, Texas, and Dallas, is really important to us,” Abramo said. “Because the DMA is world renowned, and with their Islamic art collection alone, it was just kind of the perfect place to bring this all together and to showcase the interplay between their permanent collection and our objects.” 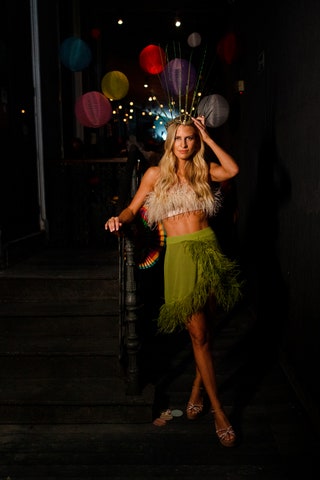 The exhibition does a beautiful job of drawing out the variety of influences that were in the air at the time of some of Cartier’s most iconic creations (many featured are from the 1920s and 1930s). Chinese jades, Indian jewelry, and the arts and architecture of the Islamic world are cleverly diagrammed and dissected to show how they relate to Cartier pieces like Wallis Simpson’s 1947 amethyst and turquoise bib necklace, one of Doris Duke’s diamond bandeaus, or a three-tiered carved emerald brooch belonging to Marjorie Merriweather Post. There is also one of the best displays of the house’s iconic Tutti Frutti designs in memory (including an elaborate showstopper of a necklace on loan from an anonymous collector). Displays pay their dues, illustrating the legacy of Indian carved emeralds, as well as Cartier’s tradition of taking pieces of plaques, pottery, amulets, textiles, or painted miniatures, and incorporating them in new designs, called apprêts.Liz Diller, of architecture firm Diller Scofidio + Renfro, was responsible for both exhibitions, in Paris and Texas. In Dallas, the exhibition’s layout had a subtle genius to it, using visual tricks, digital video, and glass display cases to draw the viewer through the space. “Immersive experience is a buzzword going around about all these exhibitions, but this is the first I’ve seen where the object is actually encased but you are able to go into it, go around it,” Dr. Arteaga said. In one example, you watch a video diagramming an ancient balustrade, and see how its architecture seamlessly transposes onto a coral and diamond tiara; in another, how the etching on a rock crystal flask from 1025 inspired a platinum and diamond tiara 900 years later. “What’s so interesting about this whole endeavor is there’s a thread here captured by a mind and designers and the succession of interpretations,” Diller said. “It’s so interesting just to understand and think about how knowledge is created.”
“In the end all these immersive qualities bring you back to the object to understand the object more,” Schleuning said. “Cartier was an incredible collector of Islamic art, but what impressed me was what a generous person he was.” (He would lend his collection out and let designers study it.) “It’s very exciting to show pieces from 120 years ago to inspire new generators to dream, and think, and create.” Another reason to visit Dallas before the show bows in September: There’s nothing like seeing the real thing.