Skip to content
You’d think juggling a busy acting career in Hollywood would keep Yara Shahidi busy enough, but in 2017, the Black-ish and Grown-ish star also began her four-year undergraduate program at Harvard on top of it all. Studying in the institution’s Social Studies & African American departments, the 22 year old spent four years (plus a gap year) concentrating on “Black political thought under a neocolonial landscape.” Today, after completing her 136-page thesis paper, Shahidi is celebrating her official graduation. “It’s surreal to have finally hit this major milestone,” Shahidi tells Vogue. “I’ve known I wanted to go to college since I was four. By 17, I knew exactly what I wanted to study, so to see that come to fruition is a goal fulfilled.” 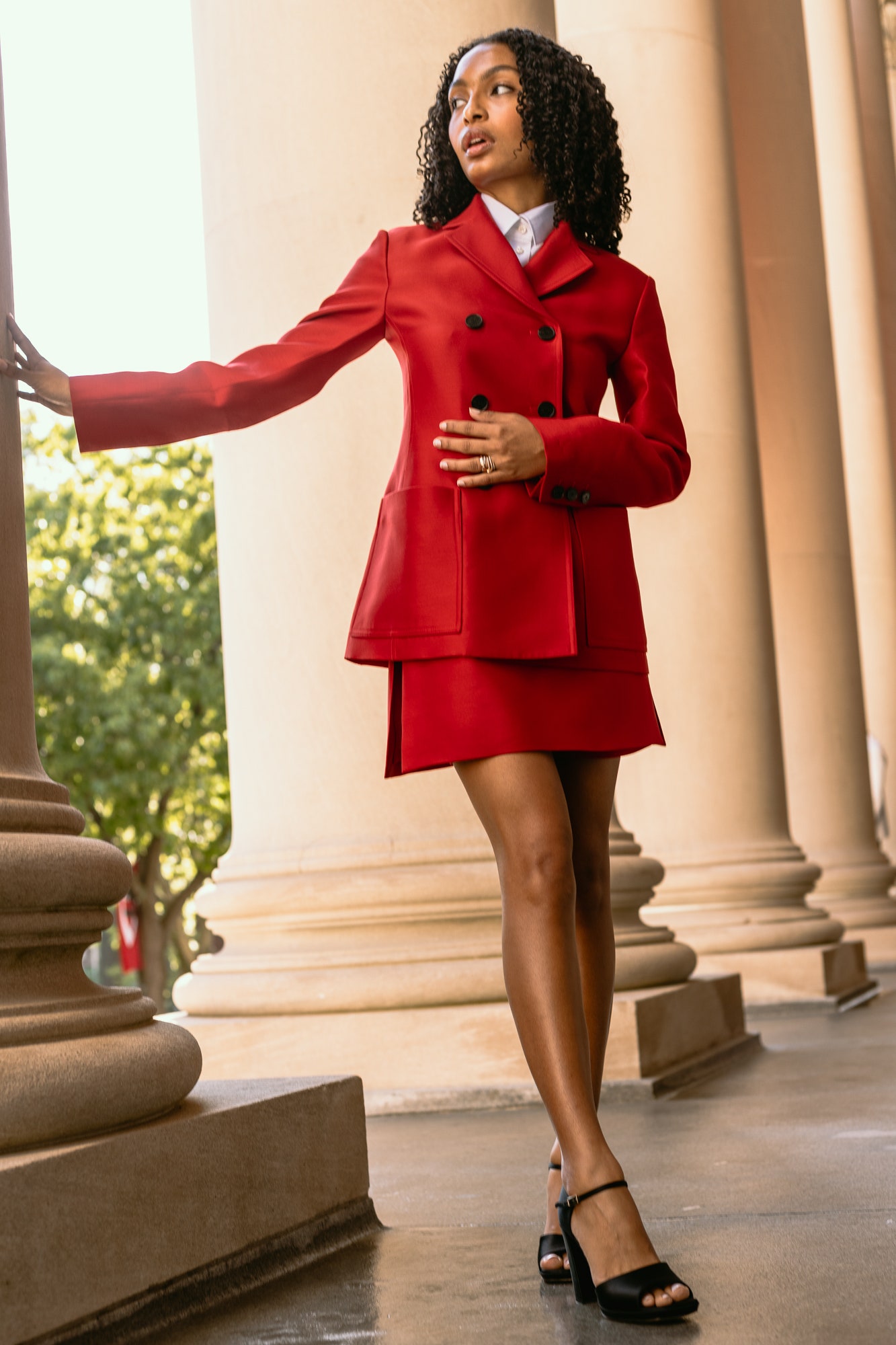 Completing a thesis while juggling a full-time acting job was no small feat. Her paper—titled “I Am a Man: The Emancipation of Humanness from Western Hegemony Through the Lens of Sylvia Wynter”—explores the work of the Jamaican writer and larger questions as well. “Writing my thesis pushed me as an academic, because the question I was asking was one I care about in my everyday life and in the world,” says Shahidi. “For example, ‘What could the future of equality and equity look like?’ My thesis was a moment to connect these past four years of education to something that connects to what I’m passionate about, and have ground myself in my entire life.” 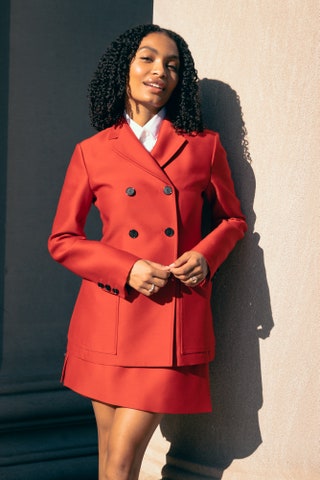 For her graduation day today, Shahidi of course wore the traditional cap and gown, but she also wanted a look that represented her. “Instead of leaning into what I thought other people would wear because of tradition or legacy, I wanted to honor what I like, and what I feel represents who I am,” says Shahidi. “The idea is inspired by a classic Dior silhouette, and a classic Yara silhouette.” She chose a custom Dior two-piece suit—styled by Jason Bolden—in crimson red, one of Harvard’s school colors. “We decided to align with school spirit by utilizing crimson red suiting,” says Shahidi. “I wanted to make sure the look didn’t feel too formal, but leaned into the fact that this is a joyous occasion—something that felt vibrant and bright.”Suits have a special place in Shahidi’s wardrobe, so the sleek design felt right. “Fun fact: I’ve celebrated most of my important moments in a suit,” she says. “This outfit also highlights the person I once was, while also showcasing the evolution of the person I am becoming—aligning perfectly with the theme of graduation.” She was a fan of the ensemble’s more subtle considerations, too. “It’s practically built: Graduation is a day filled with lots of walking and sitting, and choosing a skort with pockets was a must!” she says.

The most rewarding part about completing her thesis was simply proving to herself that she could do it. “It was important for me, as a young adult, to prove to myself—during these times of transition—that I am capable, and perhaps more capable than I give myself credit,” she says. Embarking on her thesis also brought her closer to her friends and family. “Having a final product, and being in conversation with people who appreciate what I had to offer, was a necessary way to end my journey with a newfound confidence,” says Shahidi. “I was grateful so many people were willing to be there for me, in expected and unexpected ways.”

Now that she’s done with school, Shahidi is heading right back to work for the busy star. “I love what I do in the acting, entertainment, and producing worlds. I am so excited for this future moment of being able to pour my all into all of those areas,” says Shahidi. “For the majority of my career, I’ve always had an essay or assignment due. This feels like a new chapter where I can invest time into more of what I love to do.” She also wants to continue her more academic work. “As somebody that always tries to be socially engaged, I am looking forward to being able to deepen my work,” she says. “My concentration emphasized that by studying our history, and our past and projected futures. I’m most excited by creating opportunities to exercise what I’ve learned—and to be flexible to learn so much more.” 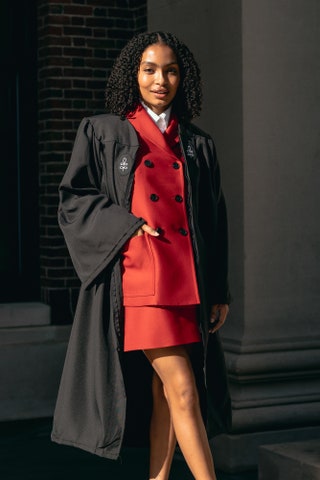